In my article, ‘Another Full Preterist Fallacy Faulted’, written here on my blog, Don Preston, leading teacher of Full Preterism, responds, and, as I predicted plays the “shell game”.  First off, let it be known that Preston has no kind words to say concerning my leaving the heresy known as Full Preterism.  “In reality, the problem was that Frost could not bring himself to jettison church history and the creeds. He chose the works of men over the Word of God.”  This is simply false, and thoroughly documented since my departure years ago, and also in my book, Why I Left Full Preterism.  It’s a blatant, false accusation.

Be that as it is, and it is, Preston boldly issues his own downfall: “Frost well knows that it is impossible to refute Covenant Eschatology without negating the force of Jesus’ emphatic words.”  Catch that.  If the words of Jesus in question (Matthew 5.17-18) do not support Preston’s claims, covenant eschatology (i.e., Full Preterism) is negated.  This passage of Scripture is a lynch pin.  If Preston’s claims about it are false, then his Covenant Eschatology is also false.  It all stands on what Preston believes are Jesus’ claims here.

Now, let us begin.  The first thing to note is our agreement.  In a previously written entry on Facebook I more or less, though far more brief than my article, stated the same conclusions.  To that Preston responded.  Here are Preston’s own words:

“Frost says: “Jesus said the Law and the Prophets, which, as can easily be shown, can mean the entire Hebrew Bible, with all of its promises, prophecies, psalms, laws, proverbs, histories and the like.

“Response: Thank you, Mr. Frost! This is precisely accurate, but, that means that until “the entire Hebrew Bible with all of its promises, prophecies, psalms, laws, proverbs, histories and the like” was fulfilled, not one jot or one tittle of the entire Hebrew Bible could pass. That is, after all, what the Lord said: “Not one jot or one tittle shall pass from the law until it is ALL fulfilled.”

So, let it be known to all that the phrase, “The Law and the Prophets” stands for “the entire Hebrew Bible.”  “Bible” (Greek, biblios, simple means a “written book”).  Further, again from Preston’s own words:

“Frost says: “If we take Jesus’ second mention of “the Law” to mean an ellipsis (a shortening) of the antecedent “Law or the Prophets”, then what he is saying is simply repeated: not one stroke will not come to pass from the Law and Prophets until heaven and earth disappear.

“Response: Thank you again, Mr. Frost! Jesus said “not one stroke will not come to pass from the Law and Prophets until heaven and earth disappear.” Jesus was saying– the words are emphatic– “not one jot or one tittle of the law shall pass until it is all fulfilled.”

So, again, Preston agrees with me that even the phrase, “the Law” stands for, elliptically, the entire Hebrew Bible.  Please keep this in mind, and please keep in mind that so far, Preston and Frost are in total agreement.   The “Law and the Prophets” and “the Law” both stand for the entire Hebrew Bible from Genesis to Malachi.  I am not misquoting Preston, not twisting his words, not making him say something he isn’t.  In fact, he thanks me!

Now, watch this.  In his most recent attack on the historic faith, ‘The Passing of the Law of Moses and Sam Frost’s Increasing Desperation #1,’ Preston, right out of the gate, moves the shell on the unsuspecting observer: “Not one jot or one tittle of the Law of Moses could pass until it was all fulfilled, brought to pass, fully accomplished,” he says.  Did you catch that shift?  Jesus did not say, “the law of Moses”.  He said, “the law” and “the law and the prophets” – which we already seen above that Preston equates with the entire Hebrew Bible!  Now, I am not at all saying the laws of Moses are not included, since they are in the Hebrew Bible, and the entire Hebrew Bible can also be called for short, ‘the law.’  It’s like Christians saying, “the word of God” when meaning “the Bible”.  But, God did not utter every word in the Bible (although he inspired them).  Daniel’s words, David’s words, and Nebuchadnezzar’s words are in the Bible, the word of God.  Likewise, the “laws of Moses” make up roughly four books (Exodus, Leviticus, Numbers, and Deuteronomy).  There are 613 to be exact.  Was Jesus just speaking of these commandments and these commandments only?  Hardly.  And Preston, as seen clearly above, agrees.

Now, I must comment that Preston also misunderstands my own argument when he wrote, “In other words, every single stroke of the pen of the Law and the prophets would remain valid until every thing in the Law and the prophets would be accomplished” (surmising my argument).  But, I did not say that.  “Remain valid” is not in my article, anywhere.  Preston is under the spell that unless every prophecy is fulfilled, then every prophecy is remains valid.  But, again, this is patently absurd, for as even he admits: “I agree with Frost when he observes that Jesus’ words, of necessity, mean that what had to be fulfilled, in the future from when Jesus spoke, were the prophecies and elements of the Law that had not yet been fulfilled when he spoke. After all, when Jesus spoke these words, some prophecies of the Law had already been fulfilled, i.e. his Virgin birth among others.”  Well, hallelujah!  If SOME have been fulfilled, but not ALL, then ALL will NOT DISAPPEAR until ALL are fulfilled.  Strict, pure, syllogistic logic.  Therefore, if the “covenant” made with Moses (just one covenant out of many) is set aside because it was fulfilled, and since the one covenant made with Moses is not EVERY jot and tittle of the entire Hebrew Bible, then it follows on hard logic that the fulfillment of the laws of Moses is NOT the accomplishment of EVERY jot and tittle that comprises the Law and the Prophets (the entire Hebrew Bible).  Preston confuses the promises (made before the covenant of Moses, and after the covenant of Moses) with the setting aside of the covenant of Moses.  The author of Hebrews goes out of his way to show that this is not the case at all.

Allow me to continue this point of either the shell game, confusion, or both on Preston’s part: “He said, “The least stroke of the pen of the Law and Prophets remains until all things concerning them are ‘accomplished.’” (p. 2 of 13). In other words, every single stroke of the pen of the Law and the prophets would remain valid until every thing in the Law and the prophets would be accomplished.”  See that?  I wrote, “remains” and he added “remain valid.”  That’s con artistry.  Another example: “Frost well realizes that if he follows the logic of his own words, and the words of the text of Matthew 5, that Torah remains valid today– every single jot and tittle.”  This is what Preston wants the reader to think, but the only way Preston can reach this false conclusion is by smuggling in his own definitions and words into my argument!

He then quotes scholars, none of which would agree to his radical conclusions, and cherry picks a few quotes (as I used to do) to support his claims.  I guess we are lead to believe that none of the Hebrews knew what “heaven and earth” meant!  Abraham was asked to look at the heavens, the stars and number them, and walk the earth, and wherever his foot stepped on earth, was his.  I guess this is all symbolic of the temple!  I digress.  But, quoting scholars is a moot point with Full Preterists such as Preston, for whoever he quotes, whether France, Gumerlock, Wright, Beale, or Hays makes no difference.  For me, as for them, we have worshipped at the feet of false doctrine instead of Preston’s Covenant Eschatology.  And, it makes me chuckle a bit when Preston accuses me of “inventing” and “creating” a “novel view.”  Ahem.  Max King, anyone?  If Preston could simply state his own battle with his own words and stop pretending that the “scholars” are all behind him (which they are not).   What does he need the “scholars” for anyway?  Doesn’t he have his Bible?

Let’s back up here.  Preston, in the beginning of this article, clearly in his own words, thanked me for saying that the Law and the Prophets made up the entire canon of the Hebrew Bible.  The, he turns right around and equates all jots and tittles with the “laws of Moses” only.  Then, since the laws of Moses are no longer in full force today (or after the cross and resurrection of Christ in view of the millions of mislead scholars), then all the promises are fulfilled, too.  Folks, this is the old shell game.  It’s sophistry.  Jesus was not saying at all what Preston is forcing him to say.  This is another reason why Theonomy (i.e., Greg Bahnsen) never caught hold.  It’s not what Jesus was saying.  Very simply, Jesus said that HE came to accomplish EVERY SINGLE jot and tittle of the entire Hebrew Bible that, up to his own day, had not yet been accomplished.  That heaven and earth will not pass away, that not ONE jot and tittle of the sacred text will DISAPPEAR, until he accomplished all.  NO prophecy has “disappeared”.  They are all there for all to read.  No law of Moses has disappeared.  They are all there for all to read, every jot and tittle of the text (for that’s what a jot and tittle are – swipes of a pen on paper).  However, just as some prophecies have been fulfilled (as even Preston admits), does not mean that they remain VALID, or in force.  How could they?  They are fulfilled!  Have they disappeared?  No.  Are they still valid and in force?  No, they are fulfilled.  Therefore, a prophecy can REMAIN fulfilled, yet not in force precisely because it is fulfilled.  It will REMAIN (not disappear) until ALL of them are fulfilled, and then ALL of them will disappear together.

Hopefully, Preston will continue to respond, and I will continue to offer up the proper defense which as stood the test of time over and against his novel, made up, and invented “covenant eschatology.” 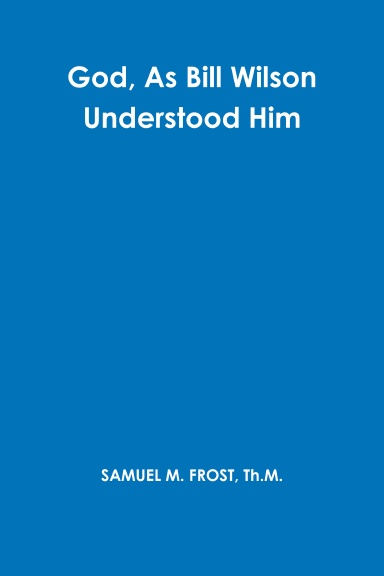